Fourteen members of the nomadic Kurava community from Mottamalai, near Thirumangalam near Madurai went to Mandaikadu in Kanyakumari District to find jobs. There were five men, four women and five children.

Once they reached Mandaikadu, the group sought permission from the local panchayat President to stay in a coconut grove near the sea shore.

On the 29th of April, police officers in regular clothing arrested the group and brought them to the Thuckalay police station were they were illegally detained for the next sixty three days and interrogated, sexually abused and forced to confess to several petite crimes.

What’s worse is that those who were detained were subjected to third-degree torture and alleged that the Thuckalay police officials outraged their modesty during their illegal detention that lasted for more than two months.

The statements of these fourteen people paint a grim and depressing picture of the state of custodial treatment that is meted down to those who are considered ‘less fortunate’. Narratives involved images of men chained and hung upside down and beaten brutally in front of their wives and children. The women alleged that they were partially stripped and searched, and said that they were also forced to beat their husbands with sticks. The women say the police officials didn’t even spare their children, the children had their heads shaved by the police officials who told them that they had to perform the final rituals for their fathers as they were going to lose a parent.

Marudhayee, one of those detained says, a group of police officers came in civilian clothing in a vehicle and forcefully abducted the group to the Thuckalay police station. The special team was lead by sub-inspector ,Vijayan, who ,she alleges, sexually abused the women under the pretext of conducting an inquiry in a retiring room close to the station. Maudhayee narrates that as she chocked, police officials removed her saree and forced her to stand only with her inner-skirt and blouse. She then says that a police man sexually harassed her by putting his hand into my blouse,  he claimed he was looking for lost jewellery.

The ordeal did not stop with that ,she says, adding that policemen tied her husband Selvaraj upside down from a ceiling hook and beat him brutally. She also reports that her father Rajan was brought in and tortured too. 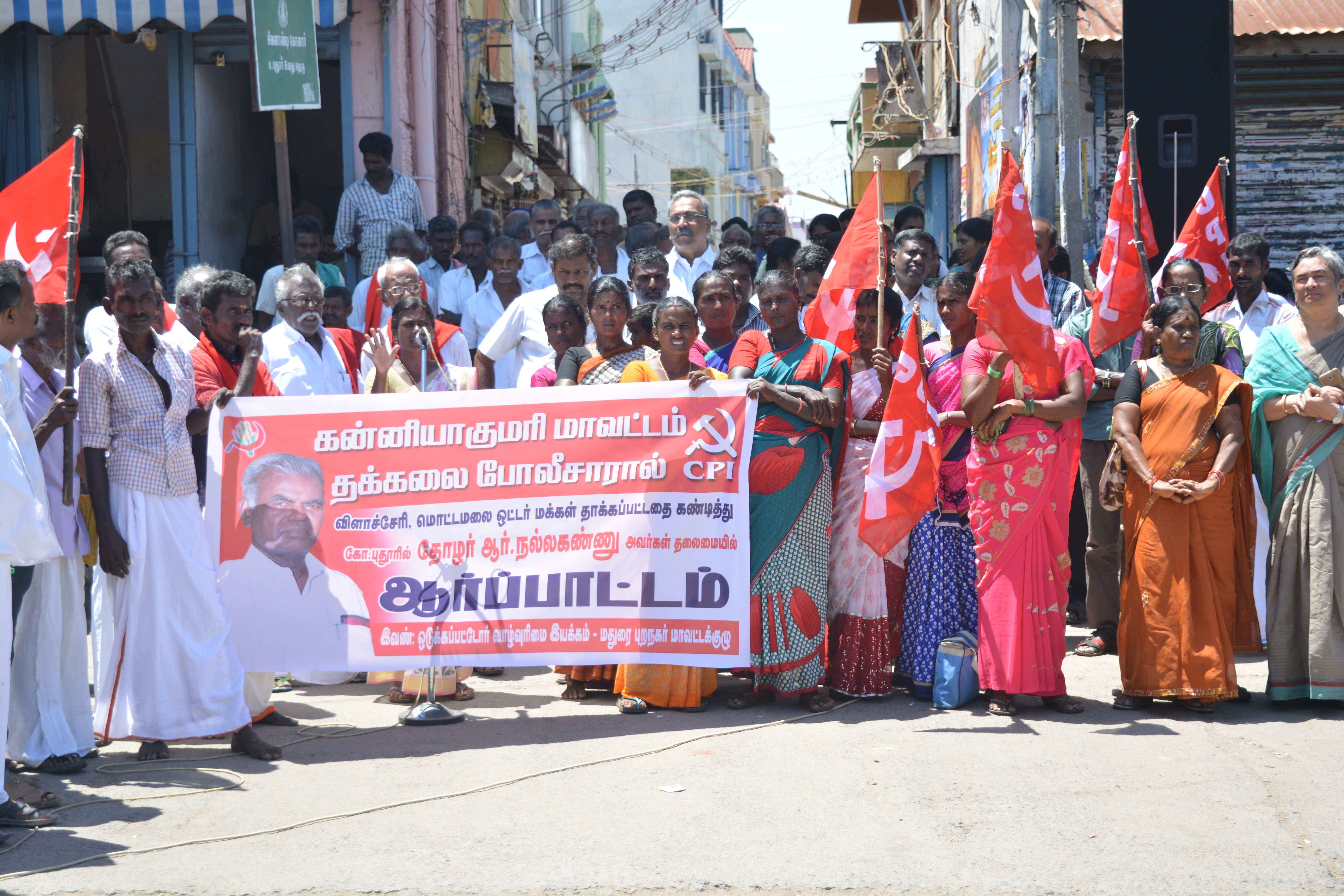 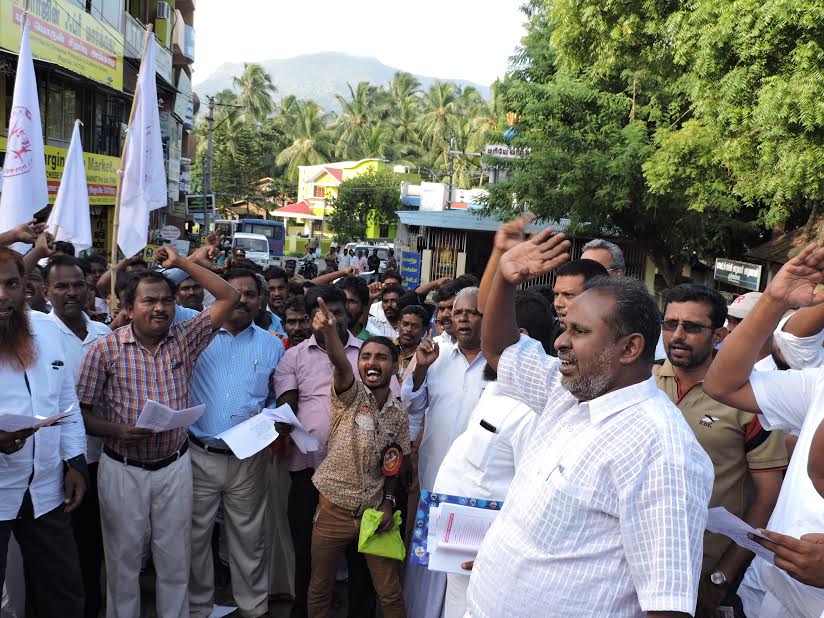 Marudayee explains to us, at People’s Watch, how policemen stripped and touched her inappropriately as she refused to breast-feed her child in front of them. She then narrates how the policemen continued to break her husband. After a point of time, she says, her husband could not take the humiliation and the brutal pain and confessed to a crime.

Valli, another victim of custodial torture, narrates how she started her menstrual cycle unexpectedly as a result of being beaten continuously on her back with lathis. She recalls the horrors of bleeding heavily for over twenty days with her hands tied to iron chains and left naked. Valli says those who were detained were only allowed to relieve themselves once a day and when they did, they were watched by several policemen. She narrates how policemen molested the women to get the men to falsely confess to petite crimes. Valli also tells us that the policemen took away whatever little jewellery and money the group had and even broke one of her husband’s legs when he said he wanted to relieve himself.

Twelve year old, Sekar, recollects the shock of hearing his mother screaming and seeing her without her after policemen took her to a separate room. He says he was taken to Mandaikadu to look after the younger children while the elders were at work. Sekar explains how the policemen shaved his head in front of his parents saying that they were going to die soon and that he must be ready to perform their last rites.

This case of custodial torture was brought to the notice of People’s Watch after Alaikudi Pathukappu Sangam sought our intervention based on a complaint dated 24th of May which read that these fourteen people, who had gone to Mandaikadu for seasonal employment, were missing for nearly a month.

People’s Watch demands immediate action by the government and has already filed a habeas corpus petition at the Madurai Bench of the Madras High Court. As a result of this petition, the Kanyakumari  Kanniyakumari district police were served notices. In response to these notices, the Kanyakumari police told us that a couple of those detained had been remanded in connection to theft cases. It was later reported by those detained that the police never remanded anyone instead tortured them in illegal custody for another month.

As soon as People’s Watch got information that fourteen members of the Kurava community were detained, we sent out a team of our best fact-finders and field activists to help gather more valuable information and data on the case.

Join us for our cause

A program unit of Centre
for Promotion of Social Concerns